This morning I woke to a joyful voice. “Hey! Wake up!” I recognized the voice, and my eyes shot open. Manny? No one there. Propped on an elbow, I stared into the empty room, waiting.

Glancing over at my partner sleeping peacefully, I pulled the covers back and hung my legs over the edge of the bed a moment. Then, pulling a towel from the back of the door, I started the shower. A memory reached me from the early days of my blog, when someone had written me a note asking, “how did you know it was time to move on?” Closing my eyes, I leaned my face into the water, and images flooded my mind. I hadn’t known, at first. I had spent a lot of time running. I almost blew it completely.

When I was coming up in the music conservatory, we practiced Chekov psychological gestures as a means of preparation for a scene. The actor stands on a bare stage and mimes an activity; repeatedly smoothing an imaginary sheet to instill a sense a sense of calm for example, or heaving an imaginary ax over one’s head to split an imaginary object, in order to awaken a sense of aggression. I recall being really impressed with how effective pretending could be. Faking a smile enough times in a row could actually start to make me feel a little sunnier, without a psychological reason. It was because of the lasting impression from this exercise, and my desire to eventually have a family in spite of losing my husband, that I decided to try going on some casual dates, even though I didn’t want anyone but my Manny. I thought it might help to go through the motions, kind of like the psycho-physical Chekov exercise, to navigate the bumps and hurdles of dating again, without pressure, for a while. Maybe if I did it enough, I would feel interested in someone again, find my confidence, feel attractive, relocate a sense of self that was worth sharing.

I’m not sure how effective it was, to be honest. I didn’t like anyone I met up with, and since I always felt I should be up front about things, declaring my widowhood mostly led us to talking about the elephant in the room, and by the end of the date I invariably had compared the person to Manny and felt miserable when I went home. Even when I waited until a second date to spill the news, things always went the same way. There were valiant suitors who got down on one knee and declared that they would “never ask” this or that, and “always honor” whatever, which was great, but it just never worked out. And then there were the liars and cheaters, too, who had no reverence or regard for how extremely fragile I was. Dating was a completely heartbreaking disaster, and filled me with woe to think I had lost the only good man on earth. And so many more miles to walk on this earth, before I could sleep that final sleep. How to stand it? 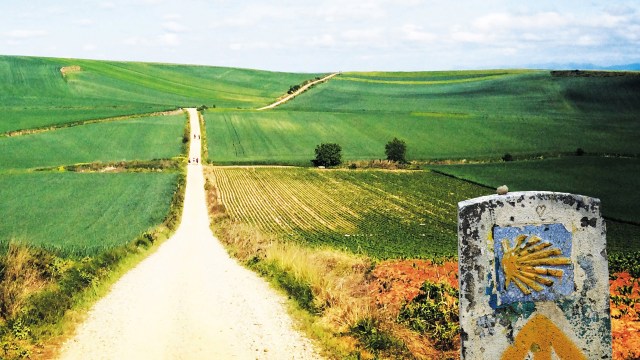 Then, one day, I joined a chorus. I had spent many years earning a music degree and then quit when my husband passed, but then I found that I missed it. So I auditioned for an opera chorus, and got the gig. That’s where I met my current fiance. And our progression together was the most natural thing in the world. We began as friends, laughing together in the group, talking, having things in common. I recall feeling a strange little tickle of nerves around him, lingering at my mirror a little longer before leaving the house, finding his little jokes funny and endearing – the kinds of things I had been a stranger to for years. And yet, I didn’t allow myself to accept that I had a crush on him. When he asked me out the first time, I said no, only agreeing a month later to a walk in the park. And then, after we dated for two very blissful months, I broke up with him! I was so terrified of being hurt that I couldn’t concentrate. I had come to care about him, and it sent me into a fog of despair! We spent an Autumn and Winter separated like that, but I couldn’t stop thinking of him. When we did get back together, and I said I wasn’t ready to get married, he said we would carve our own path, together. Fast forward four years, and he has honored his promises to respect my grief, my former life, my journey to healing. He has joined his roots with mine and we’ve grown into each other and into a beautiful life filled with blessings. And so when he proposed to me recently, I didn’t think twice.

Like all my experiences post-bereavement, this too was hued by my experience of grief, and I cried a little – the kind of tears that come up when you recognize that you have arrived at a threshold to the next chapter of your life, and it’s different than you pictured, yet more incredible and beautiful than you could have guessed, and you are overwhelmed with gratitude.

I can’t tell anyone how to know it’s right. I want to tell you that you’ll know, except you may not, at first. And there’s not enough space in a blog post to delve deeply into how I turned my life around – but the best advice I ever got was to proceed with an open heart and a flexible mind. Life has so much in store for us when we allow it to flow through us. Like all things natural, love flows when we are open to it; when we send our love out to the people we meet everywhere, and open ourselves to the world. It’s incredibly difficult to stay open, after being so devastated, but the rest of your time on this earth will be so much more tolerable, so much fuller and rewarding, if you can find a way to let the sunshine in, one tiny ray at a time. It doesn’t mean you have to forget anything, it doesn’t mean you have to deny how wonderful your time with that person was, it doesn’t mean you can’t hang the photos or visit the cemetery or keep your rituals. In fact, still today, I believe that Manny comes through to me, and is around. And I think he would be relieved to see that someone is taking care of me. I was in such a deep, deep hole after he passed. Sometimes I wonder if he had a hand in picking the man who saved me from it.

For whatever reason, you’re still here. May as well keep journeying. You just never know what’s right around the next corner for you. In the little moments, as you’re able, have a look around at all the beauty. In the times when you can’t appreciate that beauty, you must admit that it is here, somewhere around you. If you can accept that there may come a time when it will appeal to you – in a new way than it used to, then you’re already making progress. The only way out, is through.