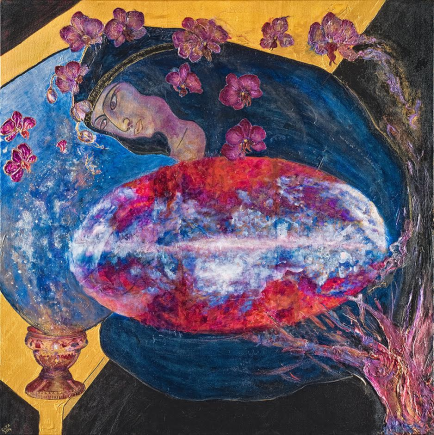 Human Rights, Climate Change, the election, and much more – all have been recent divisive topics on social media. In fact, it seems that social media has been the behemoth for societal change in the last five years. When enough people raised their voices, it garnered the attention of politicians and law-makers. There are plenty who opt out of sharing their opinions of course, who will only post innocuous entries for fear of upsetting others. I am not one of those people.

Being an activist means being unpopular sometimes. But should there be guidelines to the way we present our posturing? When, for instance, is our anger actually righteous?

A quick Google search on “righteous anger” turns up the following in Wikipedia:

Righteous indignation is typically a reactive emotion of anger over mistreatment, insult, or malice. It is akin to what is called the sense of injustice.

Permit me to level-set, for a moment. There is nothing quite so perspective-shifting as a traumatic loss. When I lost my husband suddenly, I began to see life, and every experience in it, in a new way. I noticed the suffering more, probably because my attention was on it, due to my own inescapable suffering. I saw the homeless people when I walked by, I saw the souls in their eyes, I saw their suffering and I felt it vividly in my own soul. When I heard about the refugees in other countries, when I saw the image of little two-year-old Alan Kurdi washed up face-down on the shores of Syria, when I saw the agony in the faces of the mothers and fathers clutching their lifeless babies, their tiny arms dangling from their desperate parents’ breasts, I wept for them. When I would read about oppression and persecution anywhere, whether it were it racially motivated, or a gender issue, or religious, I felt it in my soul. Someone hurt my brothers and sisters, and I could not and cannot abide it. Does it make me angry? You bet! Does it mean, because perhaps my anger is at least somewhat justifiable, that it is righteous? Probably not, because I myself am not wholly righteous; I am a complicated being with personal interests that I sometimes don’t even realize are there, let alone recognize what motivates my daily decisions. It is unlikely that our anger is god-like or righteous, no matter how understandable or well-intended it may be. So what do we do with all of this anger that feels so rightly-placed, no matter the side of the argument?

The most obvious answer I can think of is the metaphor of going to a healer. In the example of a leg injury, say, a doctor doesn’t hear about it on Facebook, tell you that you need to get it in cast and berate you for running in the first place. Instead, he may touch the injury with his hands, ask how it happened and listen to your answer. He may look still more closely in an X-ray, or under magnification, and then recommend a specific therapy regimen, based on his years of study with experts in his field. I think most of us have had an experience like this with visiting a healer of some sort at least once in our lives. Why then, do we approach problems today with pitchforks and torches? Are we incapable of  evolving past a mob mentality? Why approach a problem with the idea to tear down rather than to heal?

When we troll someone’s post with six comments full of sound and fury, when we shut someone down unfairly because they believe differently than we do, it can look like this:

Both sides in an argument believe they are doing what’s right, of course – both sides believe they are on the side of the righteous. There are many actions that we can talk ourselves into as being right. Millions have been persecuted throughout history for reasons belonging to different religions; could all of them have been righteous? Consider for a moment the whole of suffering we have inflicted on each other since the beginning of time in the name of this religion or that, as described by celebrity astronomer Carl Sagan:

The Earth is a very small stage in a vast cosmic arena. Think of the endless cruelties visited by the inhabitants of one corner of this pixel on the scarcely distinguishable inhabitants of some other corner, how frequent their misunderstandings, how eager they are to kill one another, how fervent their hatreds. Think of the rivers of blood spilled by all those generals and emperors so that, in glory and triumph, they could become the momentary masters of a fraction of a dot.

When is it right to, forsaking the divine in another person, persecute them, either socially or more radically? It seems that the easy answer to this is “never,” but how then to solve our problems? Do we not lock up the criminals? Boethius, writing The Consolation of Philosophy in 6th century AD, said that criminals are not to be abused, but rather should be treated with sympathy and respect, using the analogy of doctor and patient to illustrate the ideal relationship between prosecutor and criminal. In other words, he speaks of healing the misgivings, rather than abusing the mistaken individual. This is as radical an idea today as it was then, centuries ago. How far have we really come? If only we could get everyone on board with helping our neighbor as we help ourselves, with the dispelling of ignorance, with checking our rage before speaking, with learning the other person’s journey before making assumptions, perhaps all of this fury and blustery division would evaporate away like a summer storm.

Deepak Chopra, in his book Why Is God Laughing, addresses the issue of anger. His words below truly opened my eyes to the mistake I was making in feeling angry about the ills of the world. He refers to the intellect, or the “ego” below, not meaning a person who has an inflated ego, but referring more to that annoying chatter in everyone’s mind that keeps us from being able to hear God, and listen to the truth ringing in the air.

When the ego encounters an obstacle, it responds by exerting more force. The ego’s world is a battlefield where you have to fight to win… but it does so at a terrible cost. The tide of war, struggle and destruction continues to rise.

When you are attacked there is a great temptation to adopt the weapons of ego in retaliation. How many peace movements are full of angry activists? How many environmentalists love the earth but hate those who despoil it?  As mother Teresa famously said, she wasn’t willing to join an antiwar movement, because that wasn’t the same as a peace movement.

The ego’s world presents a massive obstacle to spiritual growth… therefore the need to be flexible arises every day. You will meet with inner resistance as a constant occurrence, with intermittent victories and moments of joy. To avoid discouragement, you need to realize that obstacles come from the same source as everything else – God isn’t only present in the good moments. An infinite intelligence has found a way to fit every hour of your life into a plan…

Let’s look more closely at anger and fear, the two emotional energies that most persistently haunt us. Letting go of anger and fear requires a process… Learn to see anger as only energy, like electricity. Electricity isn’t about you, neither is anger. It’s universal and sticks to anything that seems unfair or unjust. Fear sticks to anything that feels dangerous or unsafe. Detach from the specifics. Energies get stuck to particular situations… detach from the contents of the situation and release your anger by yourself, for your own good.

Take responsibility. This goes hand in hand with detachment. Your energy is yours and nobody else’s. In spiritual terms, it doesn’t matter who is right and who is wrong… your role is to let go of energy that has stuck to you for whatever reason. Once you take responsibility, you won’t be tossed about at the whim of circumstance.

[For another article on what it really means to take responsibility, check this out.]

We can’t control this moment, as we are all co-creating a present reality, but we can influence the future in a particular direction – either willingly or inadvertently. A critical mass of people is all that’s required to tip the scales of a situation in one way or another. In that way, everything is in our hands; thus, the next time we approach a discussion on a tough subject, let’s make sure we approach without pitchforks and torches in them.

Elta Wilson- The Beginning: Cosmic Mother and Background Radiation, from the Big Bang